The tranquillity of flowing water and unforeseeable might of the element. Water plays a special role in the life of a human being. It is a source of life, instilling hope, as well as a stream of voyage and experience. Water may be ominous, leaving pain after its trail, but after every ill, it stays alive and imbues with hope. The city which is located at the confluence of two rivers has seen the blessings of water as much as its challenges. From times past the locals have been using the waters of Neris and Nemunas for their household, travel, and business needs. On the other hand, a relentless human intrusion into nature and its exploitation has led to not so pretty consequences – floods. Not once did the city Kaunas suffer from deadly floods in the 20th century. Throughout the recorded history of Nemunas, the heaviest one happened in the spring of 1946, when the water level suddenly rose, engulfing two-thirds of the city and inundating many lives along with it. Historical data shows that future floods would be even more threatening and sizeable. The flood problem of Kaunas had been solved by a dam of Kaunas Hydroelectric Power Plant which, although damaging the river ecosystem, “alleviated” the damages of the past. When the flood hit during the Interwar period, community ties and empathy for victims appeared strong. The people donated to charities and offered help as a community, thus instilling hope for the future.

The main talking point of the exhibition of Lina Jonikė and Monika Žaltė titled If You’re alive, come to me in a wave… is exactly hope. The female artists seek to stress the sustainability concept, opening out via artistic ideas about water. Kayaks “Tyumen”, which have been reconstructed by Lina Jonikė and given a second life, and are made of denim, focus on sustainable lifestyle and consumer habits. Denim is a symbol of freedom, a two-seat trip by the river that is life. It is a tale of love, that extends as the metaphor of sailing through life together.A video installation by Monika Žaltė titled If You’re alive, come to me in a wave with white crest shows the state of the river. The river stream in motion is a symbol of a continuous form of life, the state of hope, asking, and waiting. Rivers are spread out like vines all over the Earth just as the cardiovascular system inside our bodies is. Our Earth and our bodies are two habitats that we must foster, protect, and care for. The flowing river presented in the artwork reflects a complex system that is not visible to a naked eye; a complex network, very individual in how it flows and beats. The history, flow, and direction of every person and river alike are unique and never to be repeated by anyone ever again. 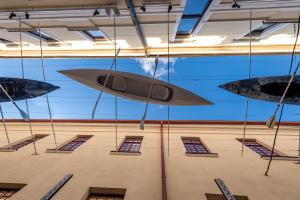 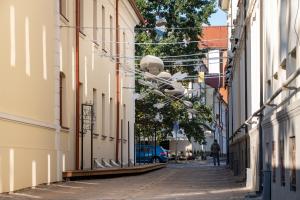 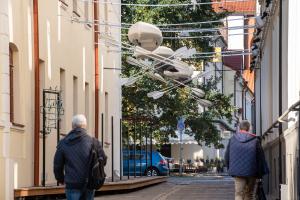 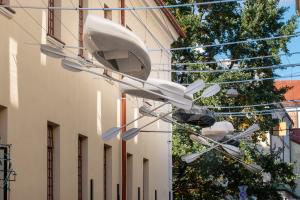 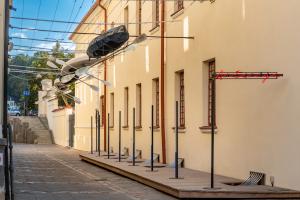 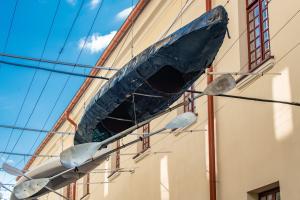 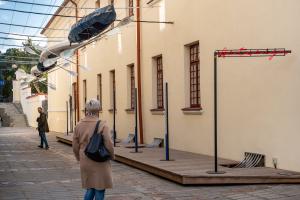 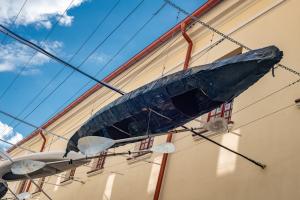 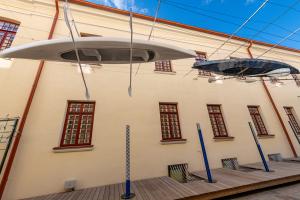 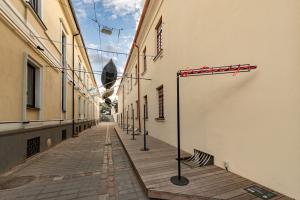 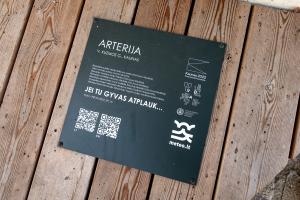 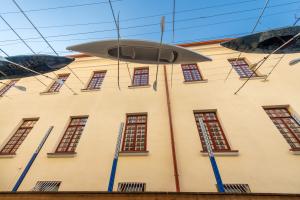 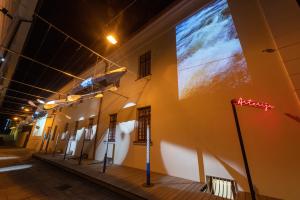 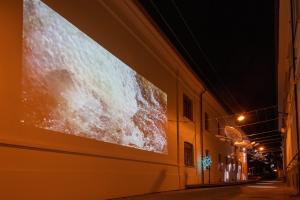 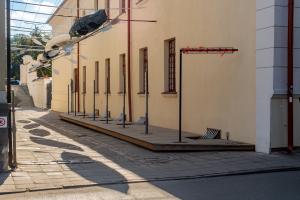 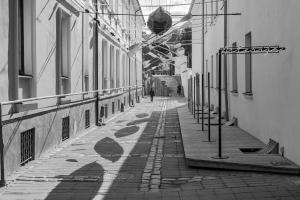 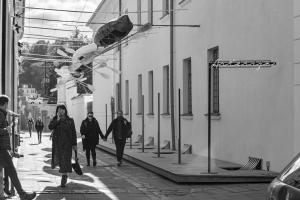 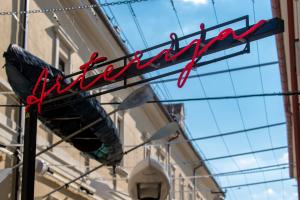 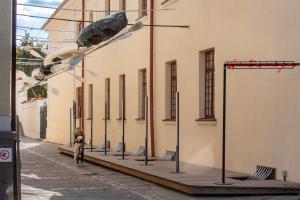 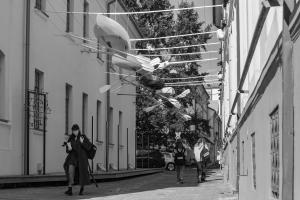 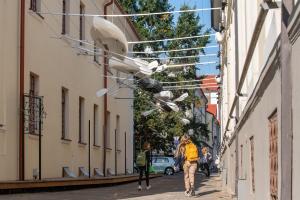